What an event! With only 1 event on the car in the dry, we didn’t expect to be at the top of our game, but things turned out pretty well!

The event had some stiff competition. Like in years past, Robert and Tracy Lewis made the trip all the way from Florida to come race with us. Having a top competitor like Robert come to the event is great for us since it gives us a yardstick for how prepared we are for Nationals. Robert was also showing off his killer new fender extensions on his Mustang, I need a set for my ’67! 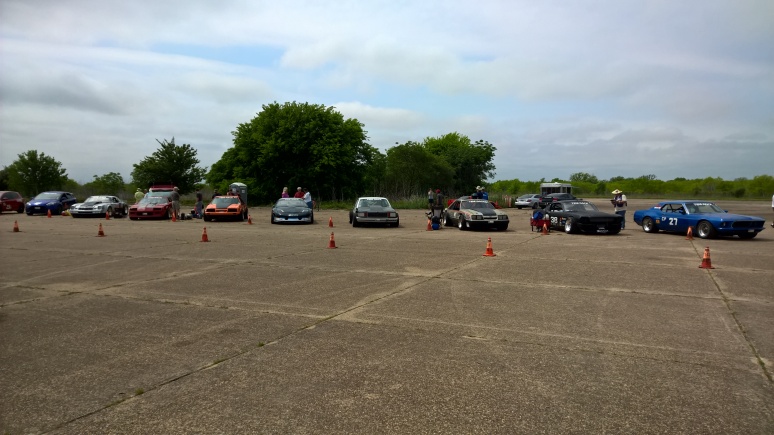 CP was almost the largest class at the tour! In order from right to left we had Bob Ely, Robert and Tracy Lewis, Alan and Donna Bartling, Jeff Minor, Kurt Janish, Tony Espinoza, Wayne Atkins, Chris Cargill, and then Todd and myself. Noticeably missing was Mark Madarash who is still waiting on his motor to get finished. 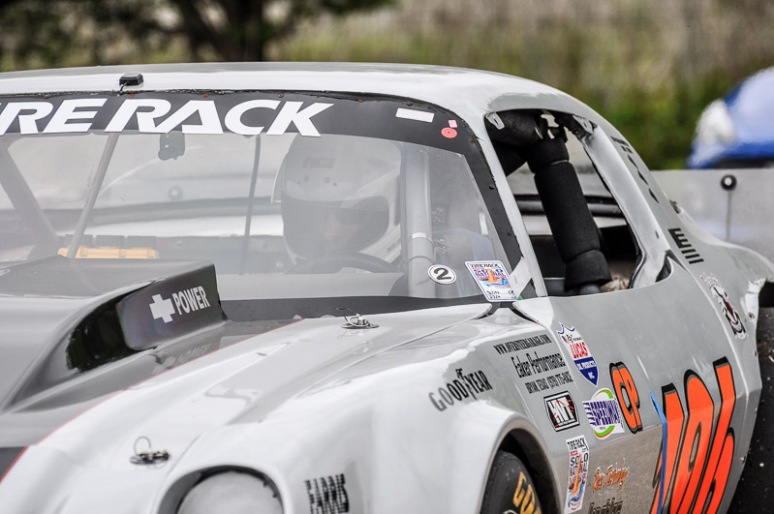 Competition was really tight! The course was a blast with lots of room to work, but lots of people (myself included) were catching cones. The top time of the day were set by Robert Lewis followed by Todd Farris, Chris Cargill, myself, and Kurt Janish. Had my 3rd run been clean, it would have been within 2 tenths of Chris, but a cone put me back. Kurt was less than a tenth behind me, so I had a lot of work to do to stay ahead! Robert and Todd weren’t separated by much, so it was going to be another battle tomorrow.

Unfortunately the course had some big bumps. We thought we had enough tire clearance, but we were wrong. As I finished my 3rd run and pulled into the pits we heard a hissing sound and found this little surprise. Luckily we were able to fill the tire up and Todd made his 3rd run and even luckier, we were able to get it patched and race day 2.

Overnight the skies opened and rain fell. The Riverside Annex puddles in several places, unfortunately some right on course! Todd had arranged for a street sweeper to be there to clean the course anyways and it did a great job spreading out the puddles. CP ran 3rd heat, so we crossed our fingers and hoped for the best. 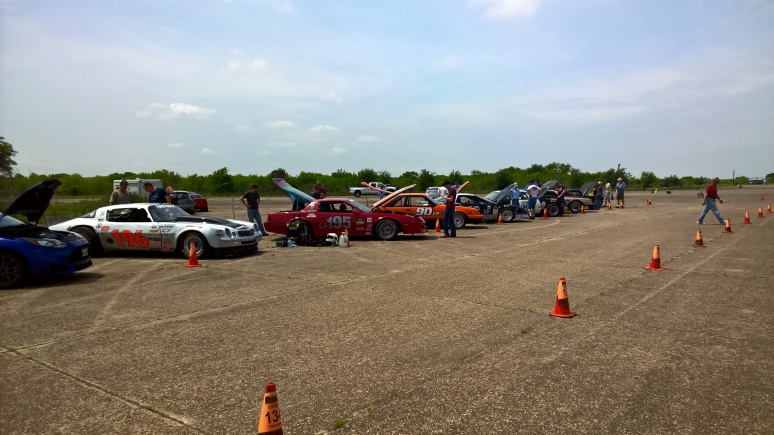 As luck would have it, no more rain fell that day during competition. This made for drying conditions throughout, meaning you had to get it done on your 3rd run or you were giving up huge chunks of time!

Everyone was flying, with Todd taking the top spot with an amazing run, putting him well clear of Robert Lewis!

I ran much better than I had been in the past. Despite not getting as close as I wanted to be, it still felt great. “NOW THAT’S HOW YOU SUPPOSED TO DRIVE!” Skip ahead to 1:46 to see how Todd and I were feeling! 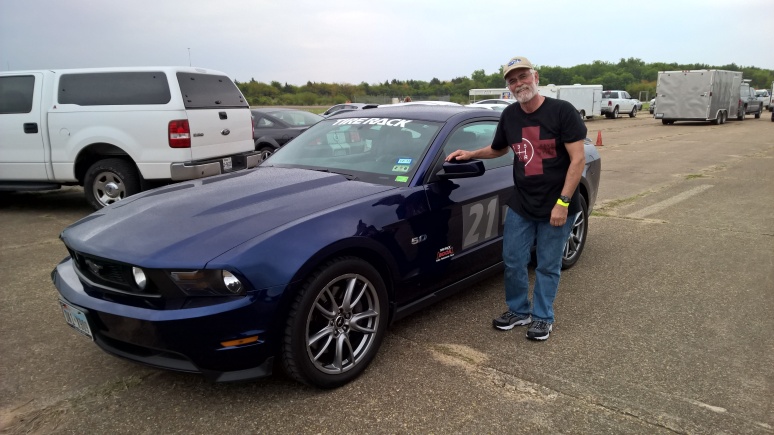 We weren’t the only ones racing this weekend though. My Dad came along for the Tour and competed in FS in my 2012 Mustang GT. He had a great time and improved every run!

The car is coming apart again to do some work. Stay tuned for upcoming projects and events!