For those that missed it, you need to get it on your calenders next year, because the Sunbelt (or Texas) Championship Tour is one you do not want to miss! Hitting the goal of 200 entries just days the event was shaping up to be a good one with 18 entries in CP and a great course designed by Vivek Goel!

My game was a little off due to a lengthy work week, I basically took no pictures all weekend, but we did at least get video. Luckily, our friend Sherman Chang came to the rescue and snapped a ton of great shots throughout the weekend, some of which I’ll be sharing below. If it’s a picture, all credit goes to Sherman! 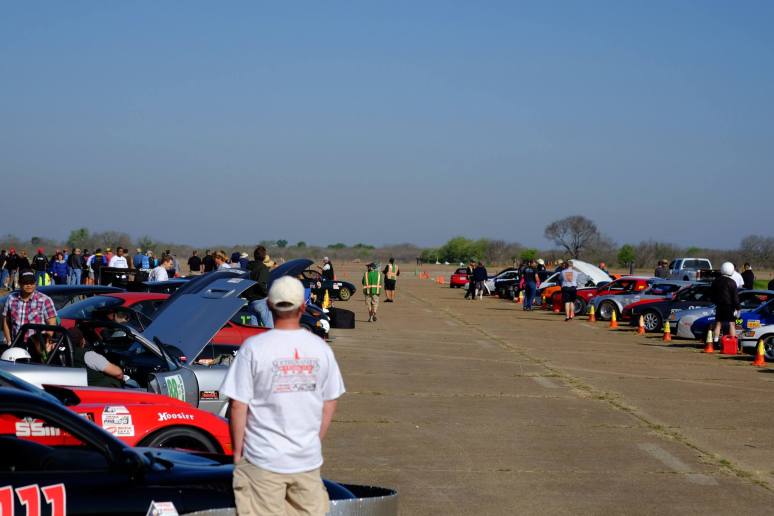 CP was the 2nd largest field at the event! Some of the long haulers included Art and Amo in from Kansas and Robert, Tracy, and Alyssa Lewis all drove in from Georgia along with Chris Raglin which was awesome to see! Mark Madarash, of ESP fame decided he wanted to come crash the party and ran with CP for the event.

Alan and Donna Bartling were racing again with a new engine in the ’79 Mustang after a year of downtime. It was great to have them out again and they saved our butts with a tire loan to make the Dixie Tour and this one!

Chris Cargill and Wayne Atkins were there with newfound power and a mini-clutch.

Jim Kritzler decided to come play in CP in his ’85 LeMons Mustang while his Corvette gets an ECU upgrade. 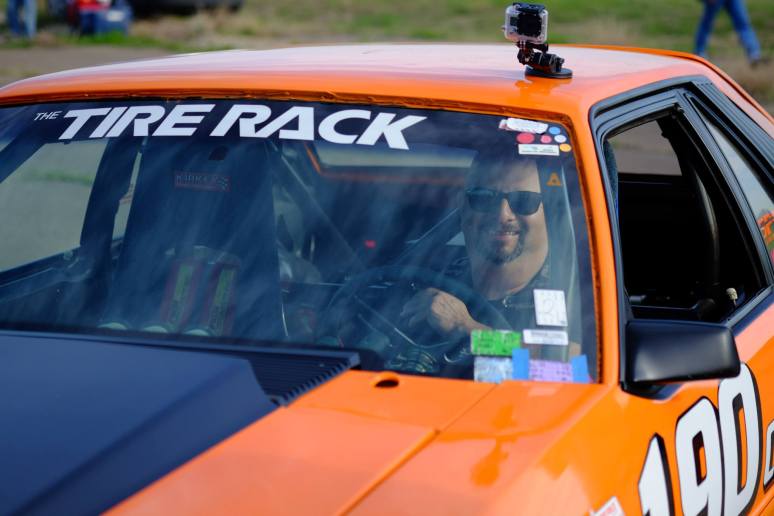 Tony Espinoza had a big smile on his face as Vivek’s course definitely rewarded a car with big power! Zack Barnes was co-driving again, hoping to improve on his Dixie Tour cone fest.

Kurt Janish also made the trip down. You’ll see a number of 99s in photos. Nearly everyone from Texas was proudly displaying them in honor of a good friend, Tommy Saunders, who recently passed away. He’ll be dearly missed!

Also making the trip was Jeff Minor in the Malibu and he picked up Daniel “McElvis” McCelvey – the man who now has a signature move… check out that snap mid-spin! I guess we should cut him some slack since it was basically his first run in a CP car… 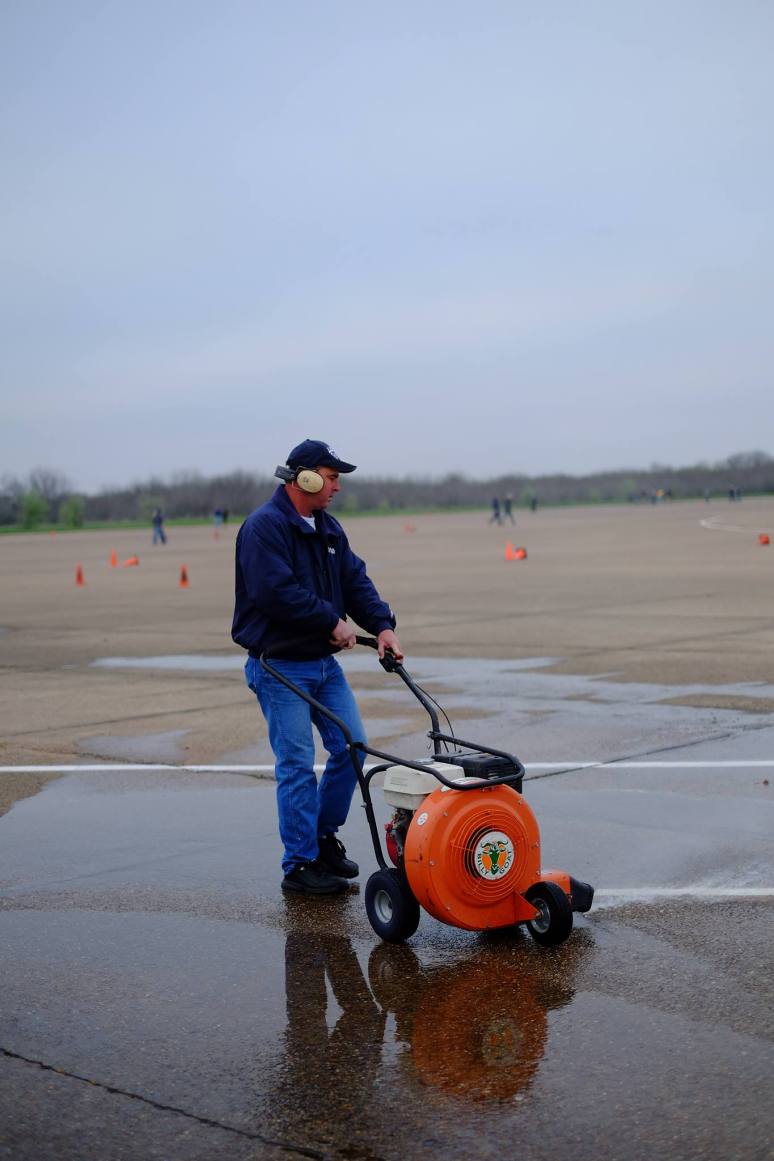 A hard rain on Friday soaked the site. Fingers were crossed that the course would dry out overnight, but hopes were dashed when we showed up in the morning. Several corners had huge puddles which Todd and several others worked feverishly to try and dry out! CP ran 1st heat, so we had a little extra incentive to get the course dried out since water and slicks don’t mix!

Little tire pressure adjustment and we were ready to run! With the course drying every minute, it was one of those “improving conditions” types of days which everyone hates. 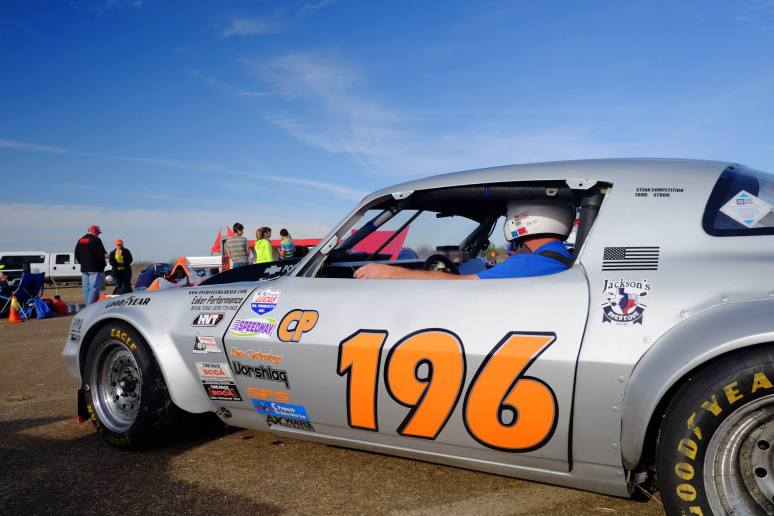 Big chunks of time feel each run. I dropped 3 seconds between each of my runs! Robert Lewis was the lucky one of the day, getting multiple re-runs and getting the last run in which put him on top at the end of Day 1.

Todd was right behind him, followed closely by Mark Madarash.

I ended the day in the last trophy spot, struggling a bit with being aggressive enough in the damp areas. 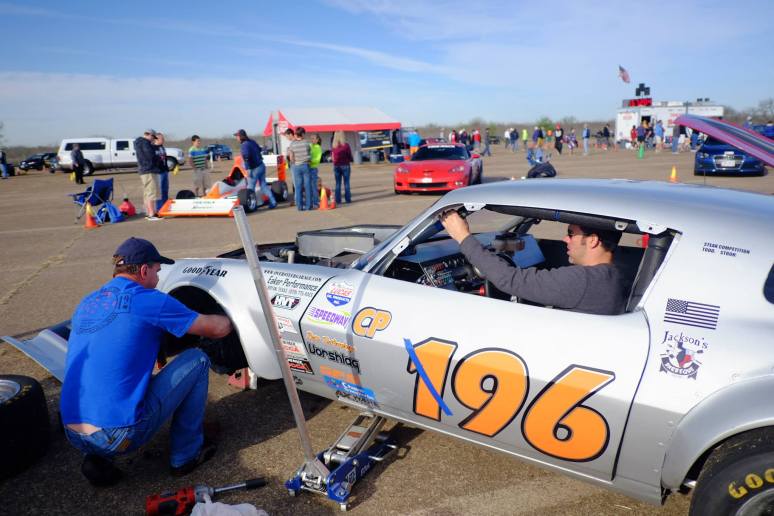 We boiled the brakes on the last runs on Day 1, but didn’t have time to bleed them Saturday night since we had to go setup for BBQ on Saturday night. What a way to start the morning out… I got in a course walk and a half and it was time to work on the car, not the best way to memorize the course. 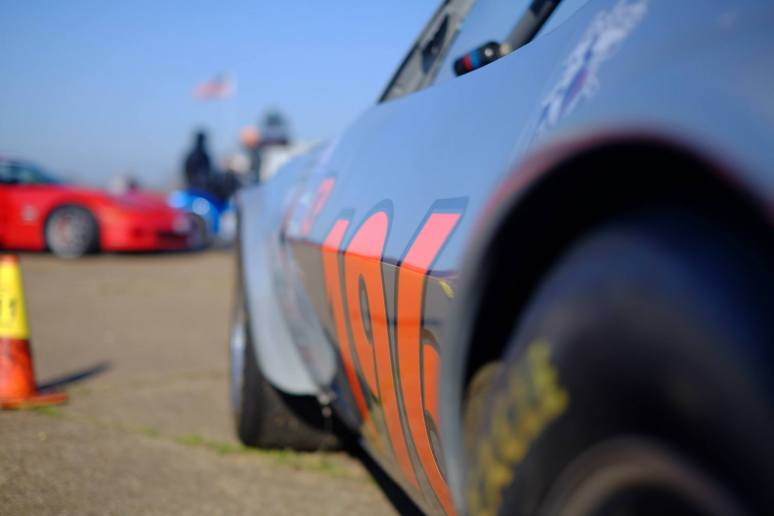 With times so close at the top of the class, Todd, Robert and Mark all had to put down really quick runs every time. 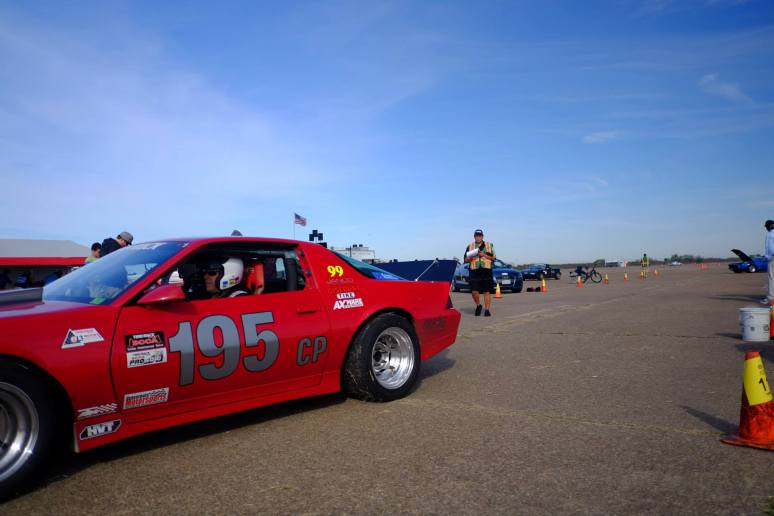 Wayne Atkins put in some fast times, but not enough to keep up with his co-driver Chris who put in the best time of the day, surprising us all! Robert Lewis was again the receipt of a re-run and ended up on the top of the heap.

Todd had a great last run which was faster than Robert’s, but not enough to overcome the first day deficit. Mark Madarash was also fast, but not fast enough to take the win.

I struggled again to put in good runs and dropped to 1 out of the trophies.

Everyone had a great time, though Art and Amo certainly had better weekends after their Trans Am shredded its rear wheel studs while on course. I’m sure they will have the car fixed up in no time though and back out on track!

Being late with my post it seems like everyone has video up. Here’s Zack Barnes in Tony’s Mustang on Day 2 for a little different perspective.

After my driving struggles this weekend, I’ve decided to refocus my efforts. We’d gotten lazy and stopped doing run-to-run data comparisons at the event, but now that I’ve gotten Todd trained to get the data logger running, we’re missing out on some really key information. In addition we’ve got some more setup tweaks planned in the near future we’re going to try out. Robert really put the brand-new Hoosier radial slicks to work at this event, and trying out a similar setup may be in the cards for us soon too.

Anyways, stay tuned for more updates as we race and practice over the summer!

One thought on “2014 Sunbelt National Tour”