A long weekend, but worth it for sure! The first Championship Tour in the 2014 Season was held by the Dixie Region as South Georgia Motorsports Park. A bit of a haul for us (~900 miles!) but an event we didn’t want to miss since we had heard from so many people that this was a great event, not to mention Robert & Tracy Lewis have supported the Texas Tour for several years so it was our turn to make the trip!

South Georgia Motorsports Park is located in Cecil, GA and is really a great facility. 1/8th mile drag strip, asphalt circle track, and a paddock big enough to host an autocross. Not to mention, they’re hooked up with Lucas Oil so that was awesome for us! Click through to read more! 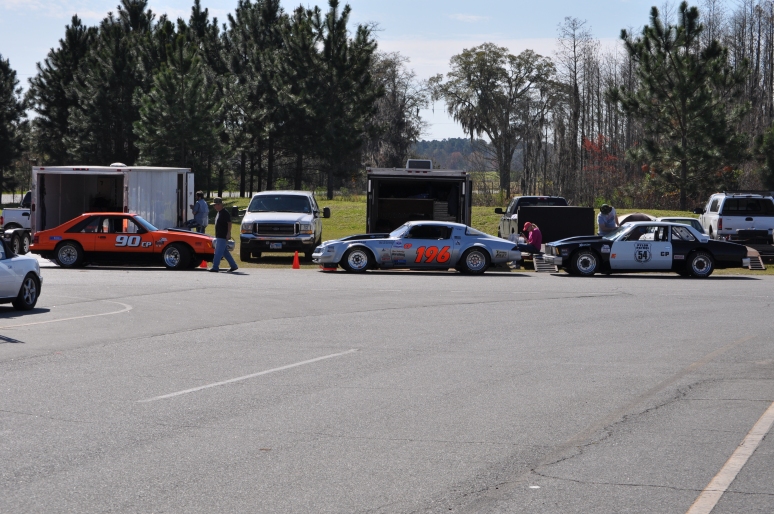 Todd and I weren’t the only ones to make the trek. Houston entrants included Tony Espinoza and Zack Barnes in the Tony’s ’86 Mustang and also Jeff Minor in his ’78 Malibu!

Part of the trip for Tony was to test out his new OversteerGarage designed adjustable rear sway bar. Using a Speedway Engineering bar, we designed this bar arrangement to make it easily adjustable and also cure some of the understeer issues that Tony had. He was very pleased with the setup and with more tuning we know he’ll get even faster! 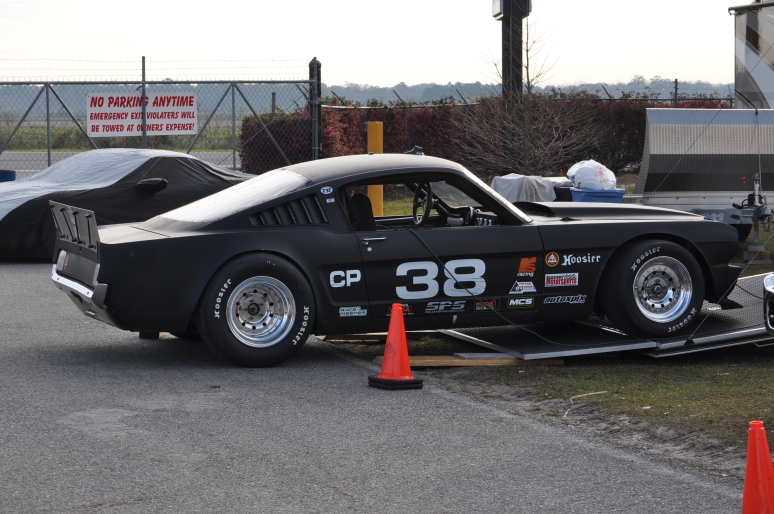 Robert Lewis and his daughter Alyssa along with co-driver Russ Clark were going to be some great local competition. Robert finished very well at Nationals the past few years so we were looking to make some comparisons between our setup tweaks and his car for sure. He was also running the new Hoosier Radial Slicks with us on Donna Bartling’s Nationals tires for 2 years ago since we couldn’t get new Goodyear slicks in time!

Friday night was a BBQ with some good brisket and bratwurst on the grill. Always awesome to have a welcome party at any tour. We hit the hotel early since we’d driven almost all night, except for a short stop to sleep in the truck for a few hours.

The next morning the action started early. I took the opportunity to snap a few pictures from the grandstands, including this shot of a quick GT500 that was doing double duty in SM and ESP. This car later took the win in ESP with a time that beat CP! We’re going to blame a colder surface than normal and a few spots on the Sam Strano designed course which really favored cars with big brakes and ABS!

CP had 9 entries. The Ittner’s were there in their freshly painted Mustang in which they put down some good runs!

The cars headed to the line and first runs were in the books! I led the field while Robert and Todd both picked up cones on their 1st runs.

Robert came back on his 2nd run and put down a killer time, but snagged a cone in the finish area! Todd improved his raw time, but also caught another cone! I dropped a few tenths, but not quite as fast as Robert’s best raw time.

In the meantime, Tony put in some great runs in his car, getting used to the new sway bar. Co-driver Zack Barnes discovered that you can’t flat-foot a 600HP Mustang over a bump and did a beautiful spin on his 1st run, improving (and not spinning!) on his 2nd run, desperately trying to get within his $20 bet with Jeff Minor on who would finish on top! 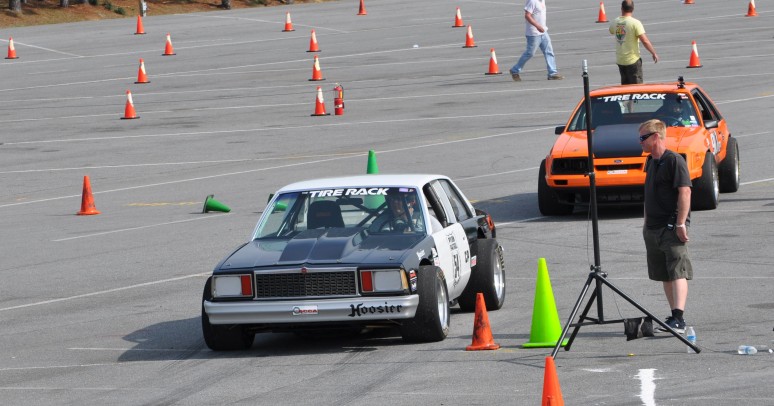 Jeff Minor was getting reacquainted with the car since he hadn’t driven much since Nationals. A little trouble with the shifter in the car hampered early runs, but he ended up putting in some good times!

With two dirty runs, it wasn’t time to be a hero, but it was time to put in a good run for Todd! Chasing down my best time of a 44.1, he cleaned up his act and squeaked by me with a 43.66 to take the lead. Robert overcame his cone trouble, but was extra conservative and slowed to a 44.393 to end up in 3rd spot.

Todd’s best run, even with a missed shift!

My best run. Note the slip and slide in the slalom, that ended up costing me quite a bit!

The data was telling. Two fairly large mistakes on my part effectively cost me at least a second over the course. The slide out of the slalom was near a half second loss which I gained partially back and then an overly cautious run over the bump and through the offsets was another chunk. The data plot is Todd’s best run and my run overlaid with arrows at my big mistakes. Oh well!

Final results at the end of Day 1 were Farris, Stroh, Lewis, Minor, Espinoza, Clark, Barnes, and the Ittners. Big thanks to Mary Espinoza for capturing a few of the photos of us! 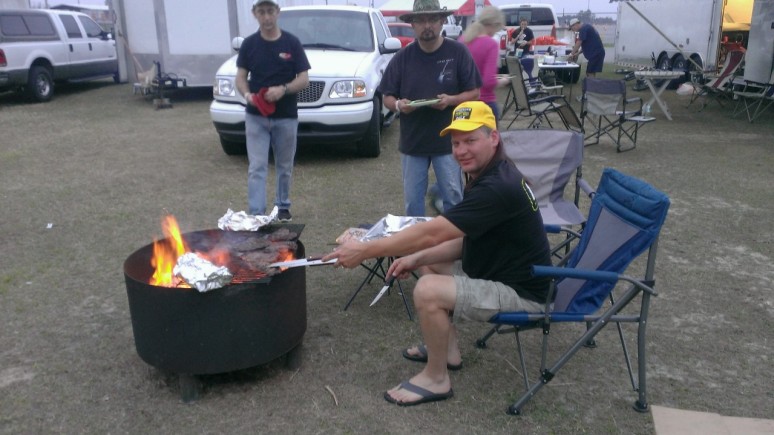 Saturday night Robert invited us to pick up some steaks and hang out with everybody. Did I mentioned the great hospitality everyone at Dixie extended to us? After a great meal, we hit the sack with high hopes for Sunday.

Unfortunately the weather didn’t agree and storms rolled in at the end of 4th heat. We scrambled to put away anything that couldn’t get wet and rolled out the rain tires, hoping we wouldn’t need them. During the worker changeover though, the skies had different plans and a deluge started. We quickly swapped over to rain tires while workers headed to their stations and the announcement came over the PA that the event was going to undergo a 5 minute weather delay as the radar showed the conditions worsening rapidly with tornado warnings in the panhandle. 5 minutes later the call came in that the event was rained out and 5th heat was canceled! We were bummed, though at the time, soaking wet, it seemed like the right call. As we packed up the weather lessened and the rainfall diminished significantly, but still continued. We packed up and hit the road for the long trip home. 28 hours of driving for less than 3 minutes of driving and 1 day of competition was a bit of a bitter pill to swallow, but we still really enjoyed the trip.

Next event is the Texas Tour in College Station where it is our turn to play the host. Check back in 2 weeks for news from there!