Wow, two great days of racing. ESP saw some really close racing action as did CS. But more on that later.

Started each day with a course walk. A bit of fog settled in around the Lincoln Air Park, which made for a good photo at least!

Giant fluffy pancakes were on the menu!

ESP didn’t run until 3rd heat, so I wandered over to the practice course. This Mazda RX3 has been converted from EP to XP and was looking very fast!

Some of the CP guys were out, including Frank Stagnaro and Mike Maier who are driving Mike’s Fox Mustang. Frank’s Shelby had engine problems and couldn’t be fixed in time for Nationals. This will make things interesting since Mike hasn’t campaigned this car at Nationals since winning in it in 2004!

Meanwhile, since my Dad was driving with Tye we had to figure out a way to fit him into the seat. We settled on foam pipe insulation and it worked great! 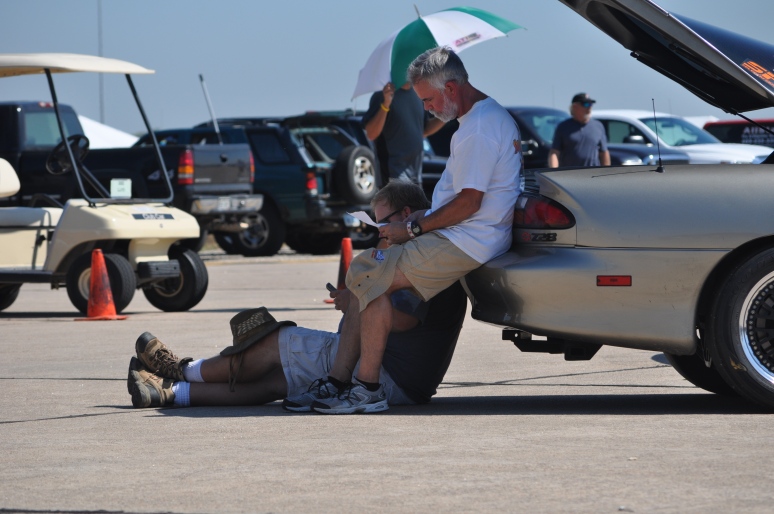 After a quick lunch, it was time for Heat 3. It was blazing hot and shade was in short supply.

The ESP field was huge and had a pretty good variety of cars. The racing yielded more than a few surprises!

Mark Madarash was consistently fast both days and ended up on top, adding to his collection of National Championships!

Britt Dollmeyer surprised a lot of us and was in the second spot, just over 1 second behind Mark over the two days. The car was on AST Shocks and looked to be very well sorted out.

Dave Ogburn was third, just less than 2 tenths back of Dollmeyer. He was the best finishing car on Goodyears. 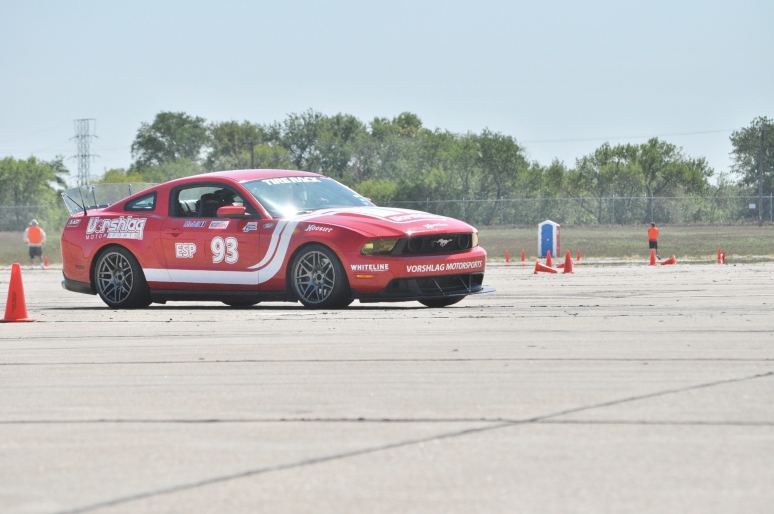 Terry Fair was fourth, on the strength of a very impressive final run on Wednesday on Roger Johnson’s tough East Course.

David Feighner rounded out the top five with his 1995 Cobra R.

Tye and my Dad had a lot of fun, but weren’t quite as fast as they’d hoped.

Tye out on course.

My Dad concentrating before his run.

There were a few moments of excitement on day 1 other than the runs as well. 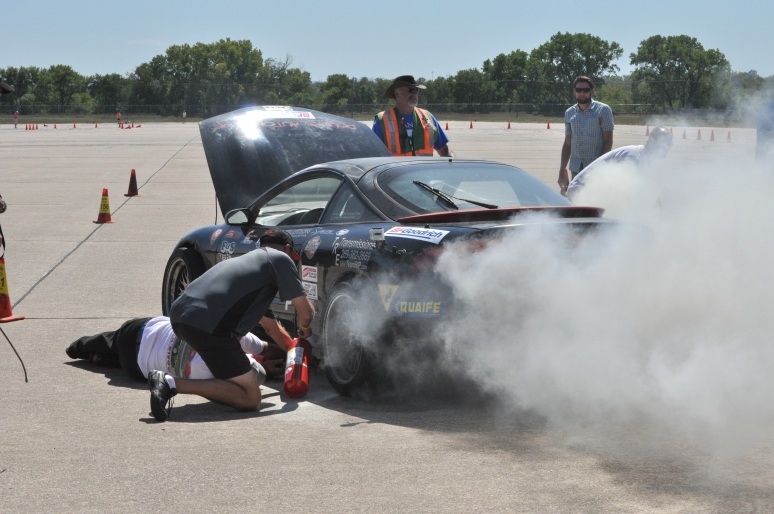 This Talon had a fuel fire right in the middle of grid. It was fixed and returned for Day 2.

I’ve got a ton more pictures of ESP which I’ll upload as a gallery later.

At the end of the day was CS, which had Houston’s Daniel McCelvey gunning for the win. Also filling out the field were Daniel’s Dad Pat along with Eric Jones and Sherman Chang after the Shermination of the DP Miata last Friday.

Sherman out driving Eric’s Scion FR-S, a car that is looking to have a lot of potential. Sherman’s first run came through blazing, well over a second clear of the field, this turned out to be a timing error, but it provided some enjoyment making the others squirm! 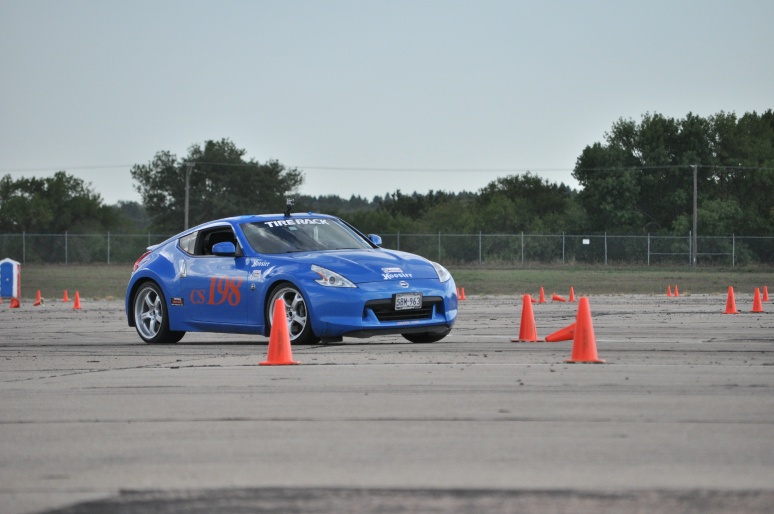 Daniel out on course. He picked up a cone on his best run Day 1, which unfortunately took away his jacket (I know the feeling!). Despite that, he finished a solid 3rd.

A couple of other Texas Region folks trophied or won jackets. Dave Whitener and his wife Kim out of Texas Region both jacketed in STS / STS-L. Andy Nielsen, of Team Goot, picked up a 7th place trophy in DS. Michael Wooten, of Spokes, picked up 13th trophy in STR.

Congratulations to all the National Champions and trophy winners!

We closed out Wednesday with a little yearly Trap and Skeet shoot that Todd, Tye, Jacob, Casey, and I do every year. This time we added my Dad and Mike Maier to the mix.

Out on the trap field. 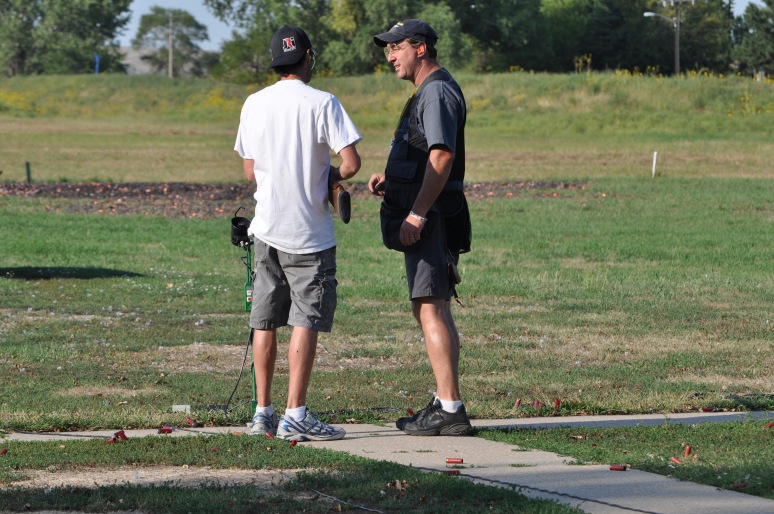 Todd schooling Mikey on the finer points of trap shooting.

Today is a big day with FS, CP, DP, FP, XP, and SSM! I won’t be able to cover them all, but you can check back here for what I do take!

As a reminder you can follow live video on USTREAM and with results updated continually at SoloLive! The FS action starts at 9AM and CP will be on course about 10:30!