So it’s been a wild few weeks. Not to spoil any surprises, but Solo Nationals didn’t go quite as well as hoped for, but we made good progress, had a ton of fun, and are looking forward to next year!

First off, huge thanks to all of our sponsors and supporters. We couldn’t do it without the support of Lucas Oil, Hanchey Vehicle Technologies, and ReplayXD. Each of these companies has had a hand in making us as successful as we are and we can’t thank them enough!!

Going back a few weeks, we had a few successful events which I’ve posted about previously. Just prior to Nationals we had to tackle a few to-dos on the list, one of which would later prove to be a trouble point… 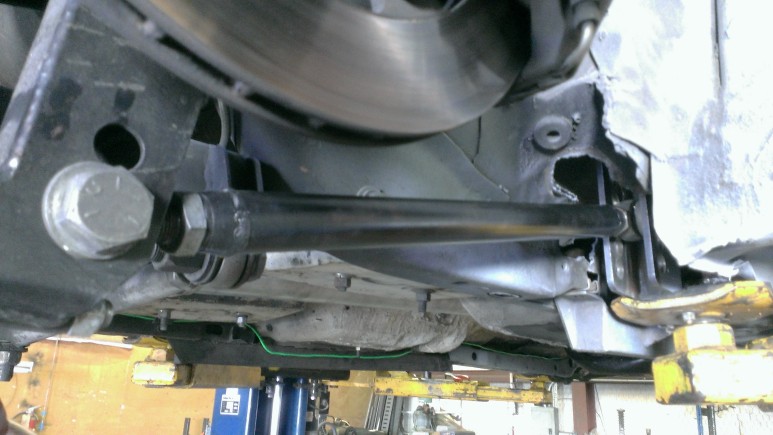 First up was steel trailing arms. We felt that some of our wheel hop issues were related to having aluminum trailing arms, so we replaced them with sturdier steel ones. This didn’t entirely solve our issue, but did help out some.

And then there was the modified dash and new Tilton brake reservoir. We were excited to get rid of the leaky remote Wilwood reservoirs and thought that this was a slick piece. We were wrong… It leaked badly from the top gasket and we couldn’t get it tight enough to make it stop. It eventually got to a “serviceable” level of leakage, but it’s coming off after Nationals to get looked at to see what is wrong with it. When we did this though, neither Todd or I remembered to hookup the remote brake bias adjuster back to the pedal cluster, something I only noticed before my 1st run! 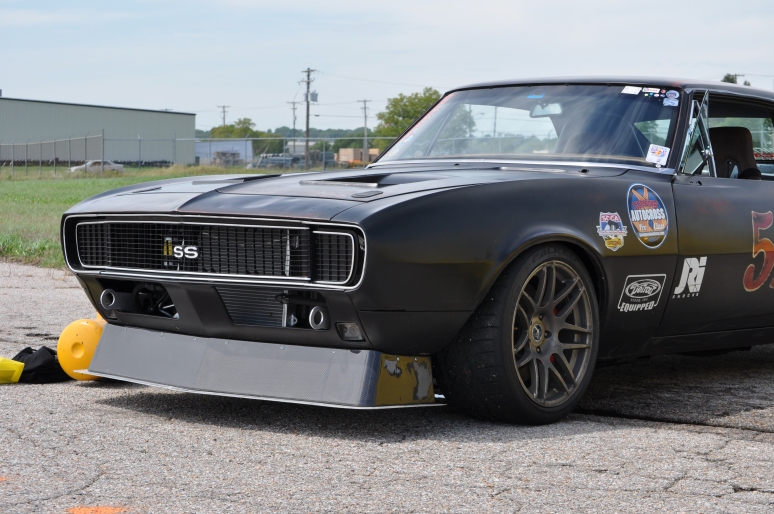 We left on Saturday and arrived Sunday in time to be able to watch part of the Pro Finale and the CAM class Invitational. CAM is a new SCCA class intended to attract some of the Good Guys autocross crowd with Pro-Touring cars… I’ll write up a separate post on this, but there were some neat cars like Mike Dusold’s twin-turbo Camaro!

We ran Tuesday/Wednesday. As is typical, we washed the car and got it ready to go Monday with a quick few runs on the test course to get the tires scrubbed and make any last minute adjustments. The car pushed in the sweepers and was loose in the slaloms on the test course, but a quick shock adjustment and bar adjustment and we were good to go. The new JRi shocks that we got from Hanchey Vehicle Technologies have got excellent rebound adjustment that let us really dial in the rear of the car to our liking. 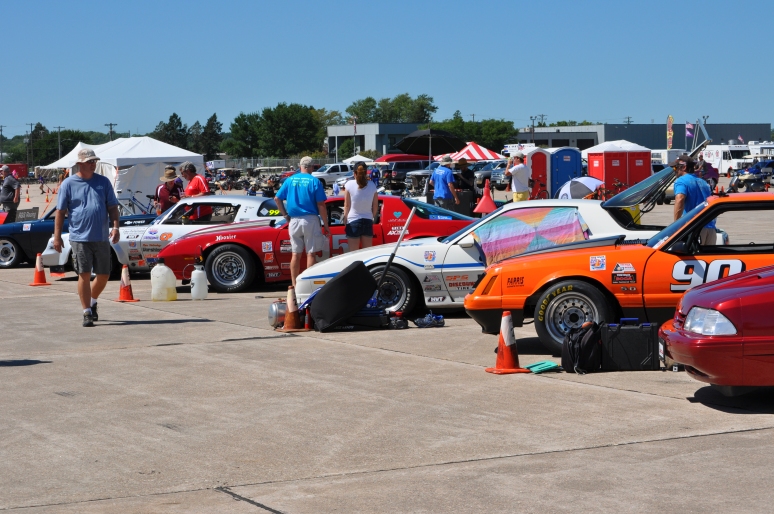 We knew that CP was going to be a tough class this year. Mike Maier wasn’t going to be running his usual yellow Fox Mustang, but instead was in Frank Stagnaro’s 1965 Mustang, a car that Mikey is well acquantied with, but isn’t necessarily quite as fast as “that yellow thing”. In addition Mark Madarash made the jump from ESP to CP with his Trans Am. Mark is a multi-time National Champion in ESP and we knew would be tough competition. His car had been modified from ESP trim mildly, but a little more than Mark probably wanted people to think.

Robert Lewis and his co-driver Russ Clark were also going to be stiff competition. Robert had done a ton of work on his car since we last raced him at the Texas Tour, having rebuilt the entire rear end to a cambered setup to better take advantage of his huge Hoosier radial slicks and in the meantime also built a new engine, a stout 363ci motor that made 520 whp.

And we were off! But not quite, before this run I noticed that our brake bias adjuster cable was laying on the floor of the passenger compartment. Either we forgot to hook it up after our brake work or it was loose and fell off! We were able to get it hooked up with minutes to spare during our mechanical call and I made my first run… with basically no brakes! The bias was somehow set almost completely to the rear, so the car would barely stop. I fiddled with it during my run, trying desperately to get some front brake, which had the side-effect of knocking off our Video 1 feed! Not my best work behind the wheel, but it was a good enough run to put me in the trophies after run 1. We were running our ReplayXD as a bumper cam and thanks to Premiere Elements I was able to substitute our missing video so everyone at least gets to have a look at what the courses were like! 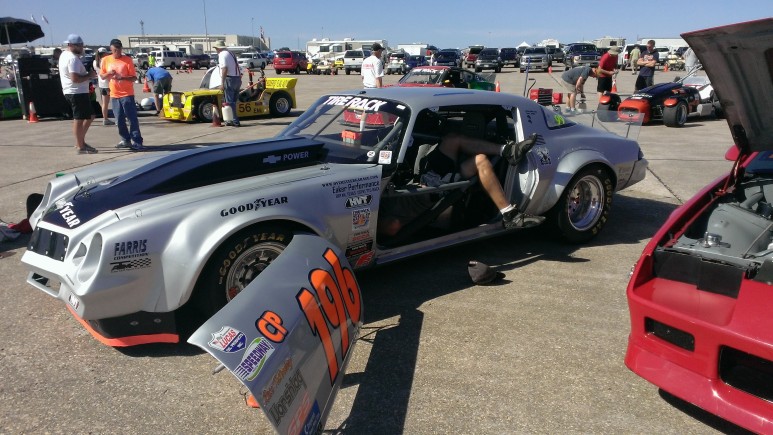 Todd crawled into the car after his run to adjust the brakes and was able to get us back to where we needed to be.

Run 2 was MUCH better for me and slotted me into the 6th spot. The car stumbled slightly in the finish which at the time I thought might have been the rev limiter, unfortunately we didn’t investigate…

Todd went out and put in a good 2nd run as well, a few tenths faster than me which put him in 5th spot.

My third run was a disaster! The stumble I mentioned before was everywhere at high RPM on course, the car simply wouldn’t run. You’ll see on run 2 that the shift-light was bleeding red on a long straightaway a few seconds into the run, that wasn’t possible with the way the engine was running on my 3rd. I slowed down and hopped out in the pits. Todd and I pulled the hood and found we had 3 psi of fuel pressure. We scrambled to pull the fuel filter apart and found it clogged full of metal bits, evidently trash from our fuel drum! The fuel cell and filter were brand new and had been flushed prior to installation, so all we can think is that the fuel cans or drum had junk in them. 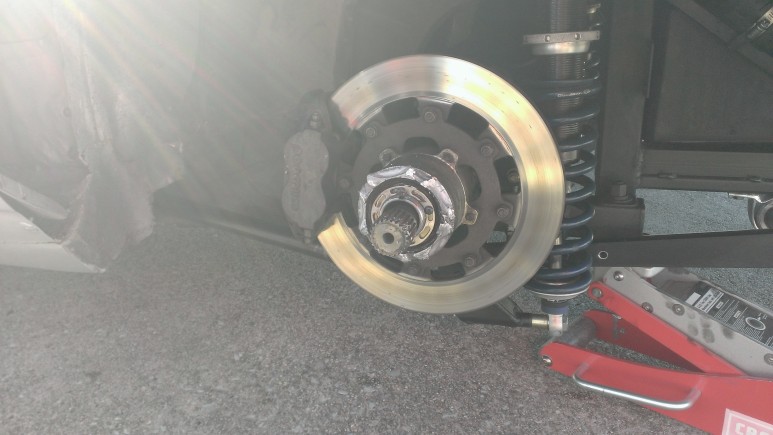 We got Todd in the car for his third run, but he aborted and coasted slowly over to the scales, DNF’ing and losing the run. When I caught up to him, he said the car had started vibrating really badly and he basically shut it off. Pushing on the rear wheel revealed startling movement, evident that something was very broke. He limped the car back to impound, but on the corner coming into the pits, the hub finally gave way. Luckily the car was at a crawl and it didn’t damage anything else, but you can see the broke hub in the picture. To say that we were bummed would be an understatement. Unfortunately Speedway Motors didn’t have a replacement as our axle was built around non-standard Coleman parts. With no possibility of fixing the car, we had to beg for rides. Thankfully, two fantastic rides were offered to us and we were able to race on Wednesday!! 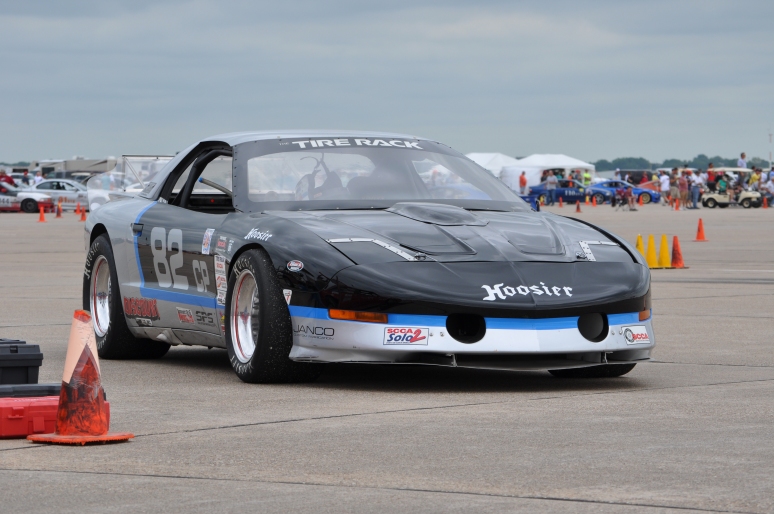 Kurt offered me a spot in his car. This is the first CP car that I ever drove back in about 2004 at the El Paso National Tour. Kurt is always super fast in this car and I was really glad that he offered me a seat!!

Bob Ely offered Todd a ride in his awesome 1969 Mustang. This car has a super powerful 310ci engine built by Lozano’s and Todd was excited to give it a whirl.

I was able to put in a decent run in Kurt’s car, but not as fast as Kurt himself!

Kurt put in a great run that moved him up in the trophies. I dropped back and ended up in the last trophy spot, 11th. Not where I wanted to be, but better than not trophying at all! Todd was able to hang on and put in a good enough run in Bob’s car to end up in the 6th spot.

Mike Maier ended up taking the win in CP, with a lead of just 0.028 seconds over 2nd place Mark Madarash!

Mark did a little showboating during the CP parade lap! 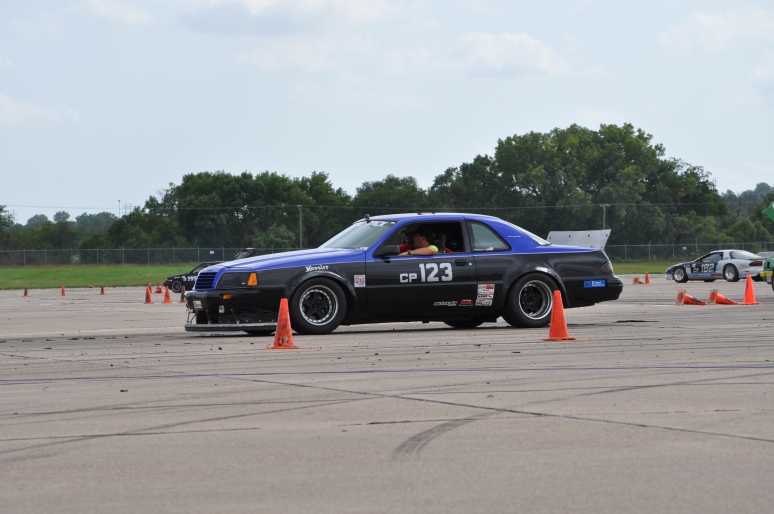 Tony Espinoza and Zack Barnes had good runs in Tony’s Mustang. They ran into an issue on Day 1, breaking the oil pressure gauge tube, but were able to fix it to keep racing on Day 2.

Wayne Atkins and Chris Cargill put in solid runs in their car, but not quite good enough for the trophies. These guys are constantly working on this car and I’m sure it’ll be a trophy winner soon! 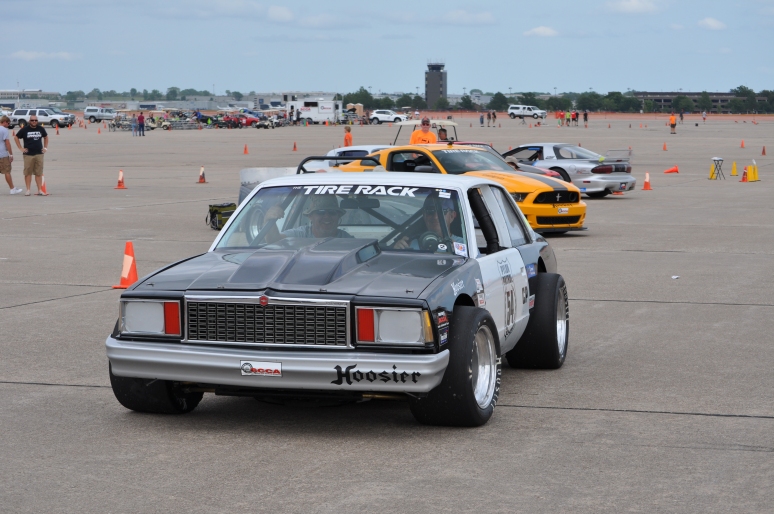 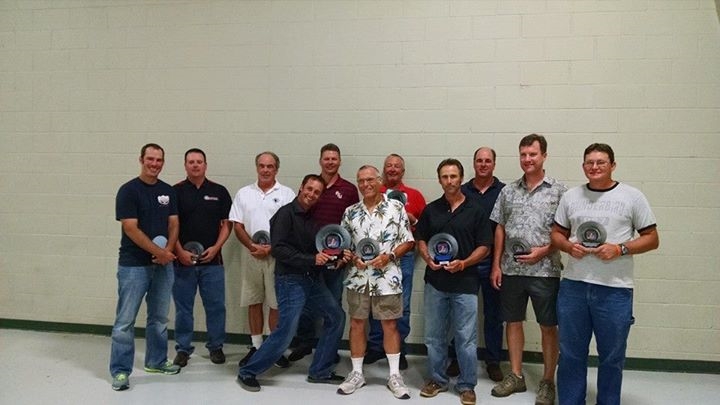 We all loaded up and headed to the banquet. The food this year was halfway decent on Wednesday, but horrible for the Pro and on Friday. I really wish the SCCA would get their act together and do something better for these banquets!

I’ve got another post or two planned for Nationals, but that about wraps up CP. Todd and I are tearing into the car in preparation for 2015. The work never seems to end!

A huge thanks again to all of our sponsors and supporters for 2014!