Day 2 of Racing in CP

Day 1 ended with a disappointing finish for Todd and I, almost 2 seconds back of Maier for Todd and another second on top of that for me. Day 2 moved onto the West Course which we thought was the easier of the two courses. 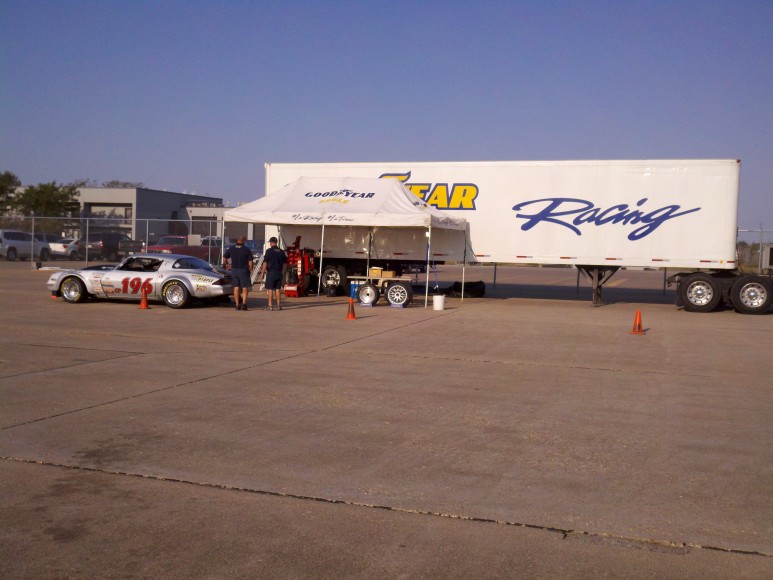 The usual morning preparation was required, filling up a little air with the Goodyear guys. 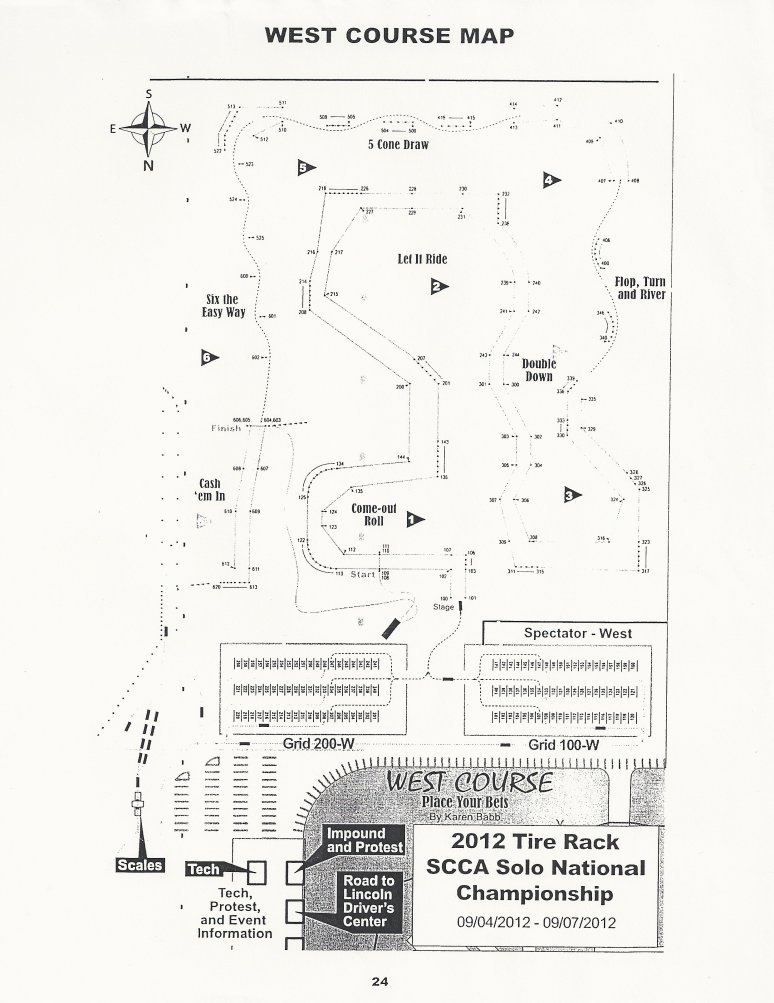 Here’s the course map. It was a little different than your usual autocross course, but turned out to flow very nicely. I’m a little short on other pictures of the heat because we were busy driving!

First runs started with the usual suspects all setting very fast times. The skies were darkening and rain drops started to fall making it likely that 2nd runs were going to be deciding runs.

I blitzed my second run, setting a time of 57.125 which ended up being exactly tied with Kurt Janish as the 2nd fastest for the day, just 4 tenths behind Maier’s 56.714. Data analysis later showed that we could have pulled of a 56.8 if we combined the best sectors of our runs. I still think the car would do better as you can see plenty of little mistakes during my run, but can’t change what’s already done!

Luckily (or not since it moved us down the standings), the skies held off on serious rain and 3rd runs began with Mike in 1st, myself in 2nd, Todd in 3rd and Hobaugh in 4th. I went out on a mission to catch Mikey and ended up overdriving the car, slowing down.

Todd went out an put down a good run, unfortunately Hobaugh was able to get past him. The results ended up as Mike Maier, Brian Hobaugh, Todd Farris and Jeff Stroh. Click for full results: 2012 Solo Nationals Combined Final Results.

As runs ended questions of legality arose regarding Mike’s car, in particular related to potentially excessive removal of frame and sheetmetal from the back half of the car. A similar situation had been brought up on the Hobaugh car, but after inspection had been deemed within the gray area of the rules to let slide. Mike and Frank agreed to open up the back of their car for inspection. While a little too much sheetmetal had been cutout, it was deemed also not worthy of a protest, but something that’s going to be clarified in the rules going forward!

Donna Bartling ended up taking the win in CP Ladies in our car, so that was a big bump for us!

We all packed up and headed back to our hotels to get cleaned up for the banquet. Even though it always seems to take forever, it’s fun to have dinner with everybody and see the winners in the different classes. 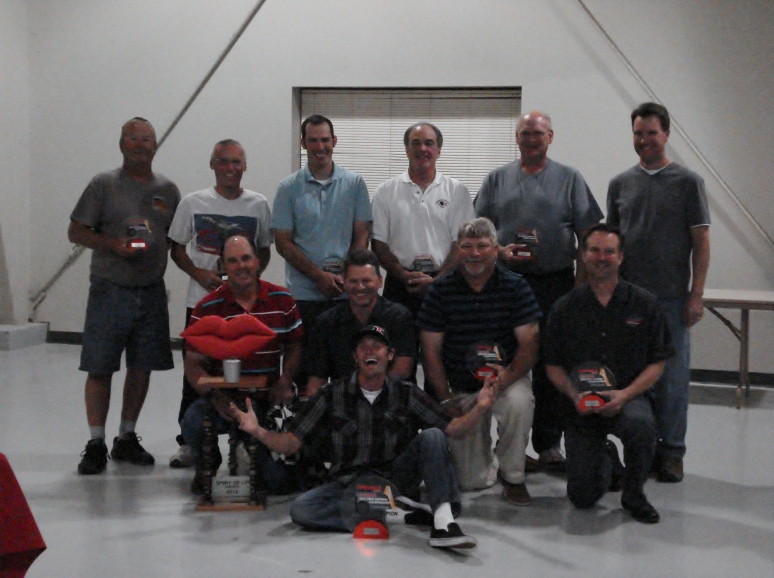 Here are the 2012 Solo Nationals Trophy Winners in CP! Trash Talkin’ Turbo Toddie also won the “Spirit of CP” Award for his legendary smack talk. That means next year he has to build a trophy and present it to another CP driver who exemplifies the class!

We rolled out of Lincoln at 7AM the next morning. 12 hours and 45 minutes later, we were back in Bryan, unloading the car. 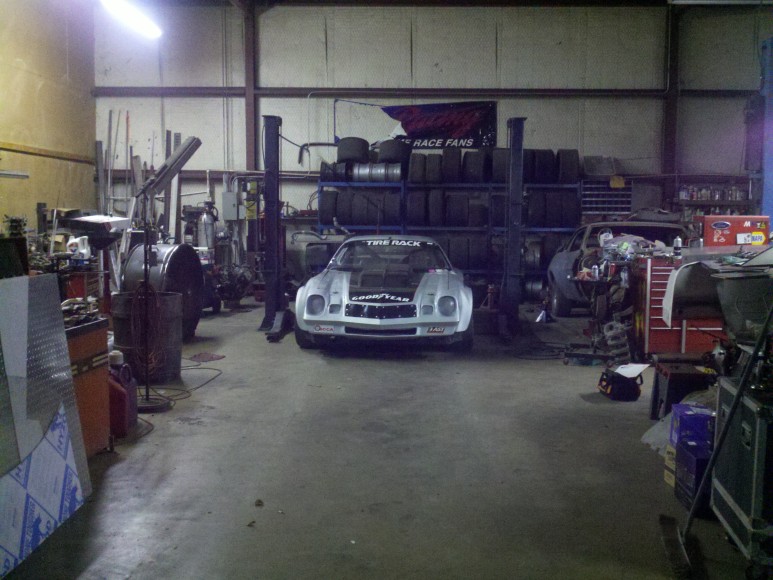 The results may not have been what we wanted, but it was a heck of a race anyways and highly enjoyable! Expect lots of changes to the Camaro over the next year as we prep for 2013. It’s obvious that while we’re in the hunt, we can’t sit still and that means breaking out the cutting torch and finishing up what was planned for this year!

Check back later as I post up more pictures from Nationals.

One thought on “Day 2 of Racing in CP”