A car that I think many have been following throughout its build process is Jason Rhoades’ Chevy Camaro built for competing in the SCCA’s STX class. And who can blame them? It’s a beautiful car that Jason has covered the build in-depth on his blog and an interesting choice to try and compete in the class. Having autocrossed my ’67 Mustang in more or less STX legal trim, I have to admit I think he’s a little nuts, but I was excited to see the car anyways!

While Jeff Minor’s CP car was getting shot by Grassroot’s Motorsports, so was Jason’s Camaro. You can see why, the attention to detail is pretty amazing.

Built as a ’67 Z/28 clone, it’s got an engine similar to our Camaro as it displaces 302 cubic inches the maximum allowed in Trans Am in the ’60s. Jason has stated in his build that he wanted to give a little tribute to Mark Donohue’s Camaro and I think he did a great job. BTW, fans of this car must check out Donohue’s book The Unfair Advantage. It’s a really cool book on car preparation, engineering, and driving back in the ’60s and ’70s.

Jason put in a lot of effort and it shows in the details. For the car to be legal, he effectively had to restore the car to stock and then selectively modify where the rules allowed. I haven’t seen too many street tired ’60s Camaros with remote-reservoir shocks, have you?

Every bit got lots of attention on the car. 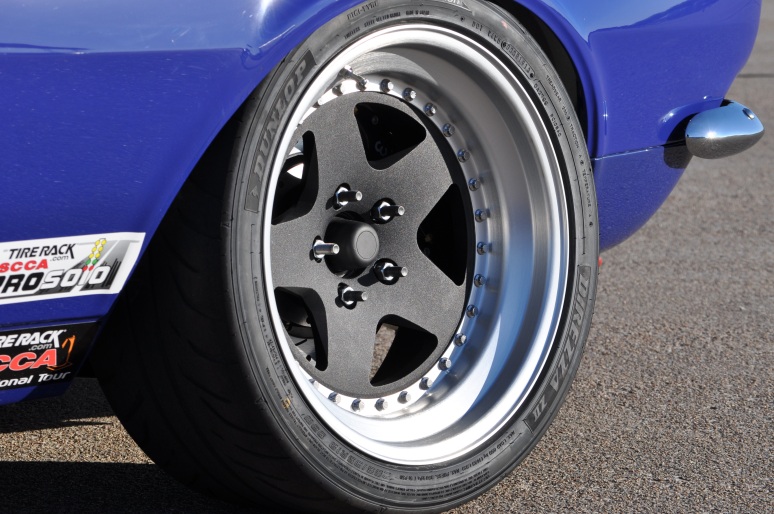 While I’m not generally a fan of big wheels on classic cars, these CCWs look great.

The attention to detail carried over inside with these cool seat braces. 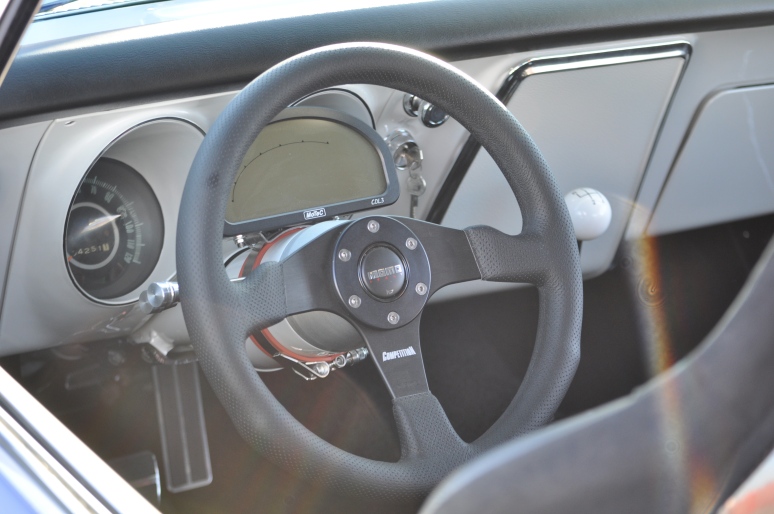 A modern touch was use of a dash / datalogger setup from Motec.

Jason’s car got a lot of attention during the week and it was well deserved! Hit up his blog for lots of details on it!