I’m behind in posting this, but finally got some time to report on our first trial run of the Camaro. 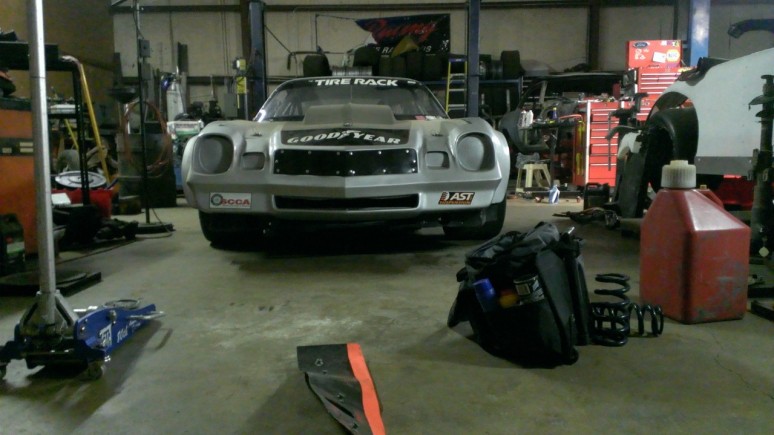 What should have been a few short hours of work turned into an all day affair, but shortly before midnight we were ready to race!

The new orange numbers really pop in the daylight! You’ll notice the track width is off and the nose is too high… more on that in a little bit.

Ouch… 4 runs in and we were done. Lower arms bent right at the caster arm. I had originally wanted to gusset these arms like Hobaugh did, but against my better judgement I let the stock-car guys talk me into it being “ok” as-is. Big mistake.

Back at the shop we tore it down and the arms were also bent upward. Unknown which happened first but version 2 will be much stronger.

Oh and the track width? Turns out I was an inch short on my upper and lower arms from what I had planned. Let’s just say that if you don’t measure it in the 3D model that it won’t show up in your suspension software! Parts have been ordered and hopefully the car will be back on the road soon.