Heck of a lot of work, but I’m overall pretty pleased with the end result! Still have a little work to do, but nothing major.

I left off previously before finishing up the speedo and tachometer holes. These were the ones I was most afraid of. I knew I needed a different tool, so went by Lowes and picked up a Dremel extension.

This thing was a lifesaver and made it easier to get down into the recesses around the large gauges. I wish I’d bought it for the earlier work as it seems to have some sort of gear reduction (or maybe just extra friction) that slows the tool speed even further.

Several hours of grinding later and it was almost done. Had one slip of the tool that unfortunately marred a VERY visible section of the gauge! Some curse words might have been said because this was about 7hrs of total work in at this point…

Luckily, once everything is installed, it’s not very noticeable. I’m still going to go back and try to fill it in a bit later…

Before installing the gauges, the colored filters for the high beams, turn signals, and brake warning light had to be moved over. A quick slice with a razor blade removed them from the old cluster. I attached them with the same method JME did – melted them on with a solder gun. This worked perfectly and didn’t present any sort of hazing issues that might arise from using a glue.

Moved ahead and bolted down the cluster, looks pretty good in my opinion!

I reinstalled into the dash and moved onto putting the others bits into place. The heater controls, passenger side AC vent, and center vent all came with small aluminum inserts that I had to bond onto the factory parts. A long time back we had painted the factory aluminum inserts black to try to match the camera case dash. After trying various methods to remove the factory pieces and the paint I gave up and decided we would bond on top. This worked out fine since the gauge cluster and dash panel both utilized the thicker aluminum and it would have looked a little funny to have somewhat recessed inserts in the other places.

After drying, it came out pretty good, though I’m not entirely pleased that the piece of aluminum wasn’t cut long enough or very straight… Hopefully most people won’t notice! 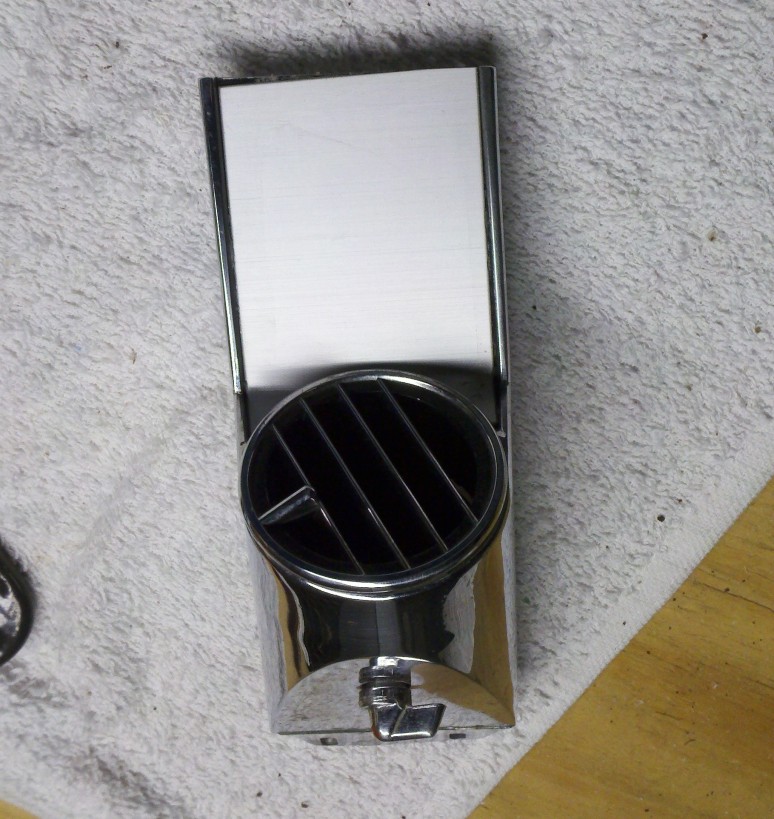 Overall I’m pleased. It was probably a cumulative 10-11hrs of work considering disassembly and reassembly. It’s not a task for the faint of heart or those with unsteady hands, but it might be preferable to dropping a huge chunk of change on a JME cluster!