Been a while since the event, but figured I’d go ahead and finish this off.  Last post on Nationals!

As a reminder, Day 2 started with Todd Farris in 1st less than a tenth up on Robert Lewis with myself in 3rd less than 0.030 behind Lewis.

Day 2 was Andy Hollis’ course, one which Todd and I were both excited about as it was more “Texas” style with slightly higher speeds, fewer slaloms and lots of room to make your own line (provided it wasn’t too dirty).

Fewer pictures due to designated photographer Zack using a different camera, luckily got a few shots.

I started off with a good run and was leading after 1st runs were complete! 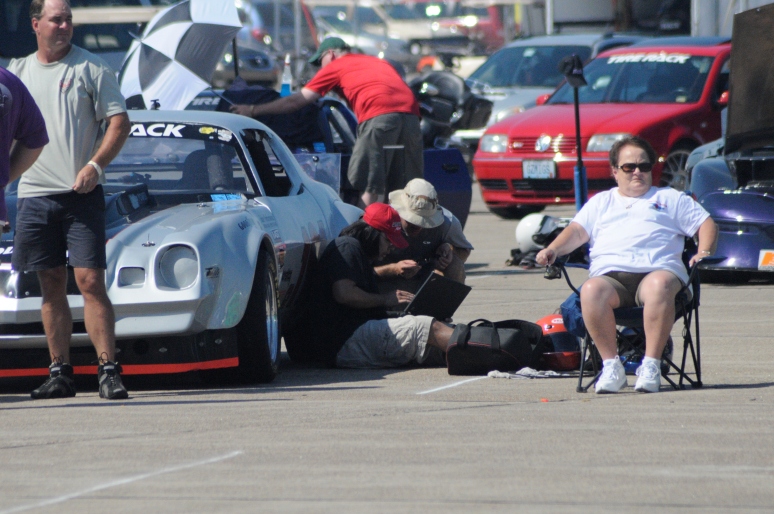 Help from our race engineer of course.  Time between runs was frantic again.  Temps were high so we were busy hosing off the tires, checking pressures, and spraying down the radiator.

Second runs started, Lewis DNF’d.  Todd improved, but I knocked off a killer run that stood through another round of runs! 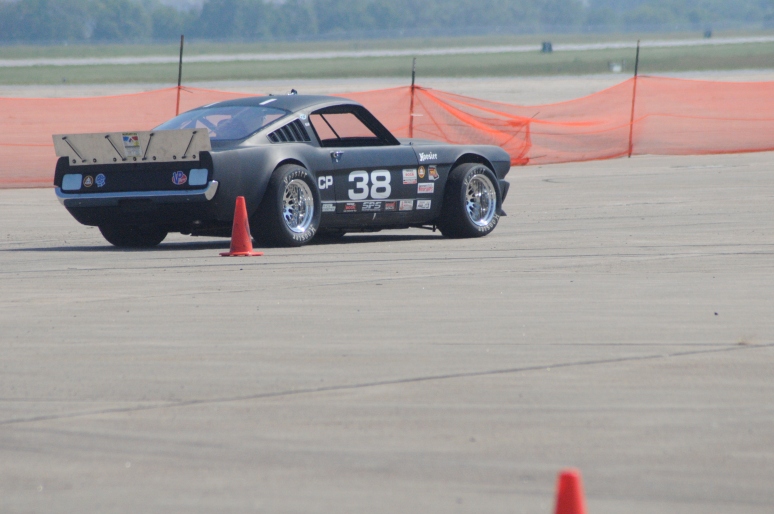 Alan Bartling was able to put down some good times as well.  This is Tony driving Alan’s car that he graciously offered up after Day 1’s engine failure. 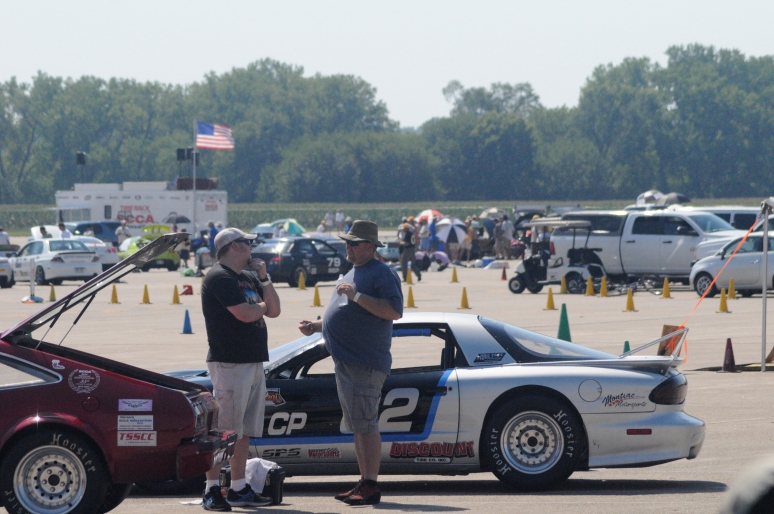 3rd runs started and the pressure was on.  I was still on top, with Todd having to improve by about a half-second to take the lead.  I went out and dropped another 3 tenths, but nudged a cone in the first slalom, forcing me to stand on my second run. 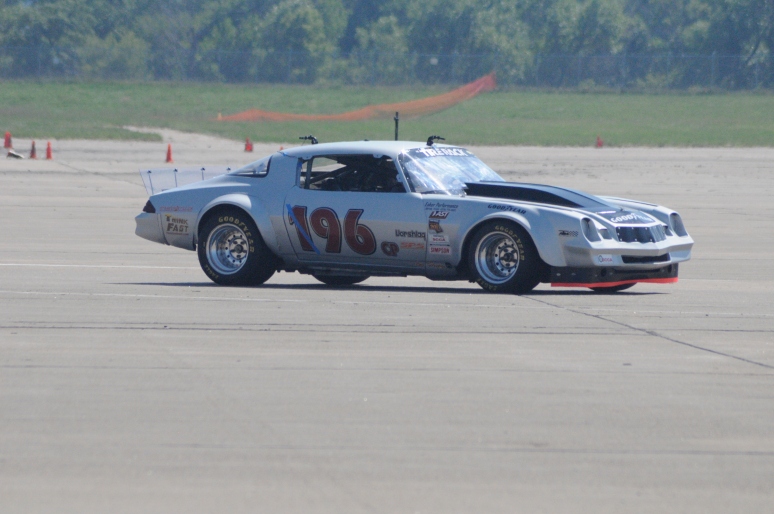 I can tell you, there’s nothing more nerve wracking than the waiting…  hearing your name being announced as in the lead, but still with some fast drivers to go.

Robert Lewis, Kurt Janish, Scott Lewis and Chris Miller all went out, improved, but still not enough to knock me out.  Todd was going to be the last run in CP…  He came through and the lights flashed with a time nearly identical to my own best!  He all tried to do the mental math and it looked like Todd took it, 1st place by 0.094 seconds (over 2 days)!

It took the announcer what seemed like ages to announce it.  In the meantime, we were busy congratulating Todd and letting the stress boil off.  It was a long road (17 years!), but Todd finally did it!  I’ve been asked if I’m bitter or disappointed in 2nd and everytime I tell people that I absolutely am not, Todd earned the victory and there is always next year!

We cleaned up and got ready for the banquet.

Alan and I with out trophies, not the big one of course… 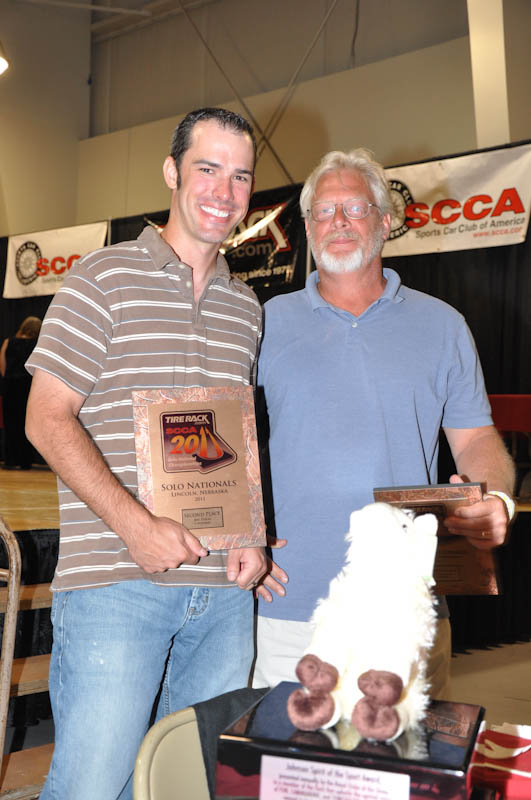 Todd accepting his, and me displaying my opinion! 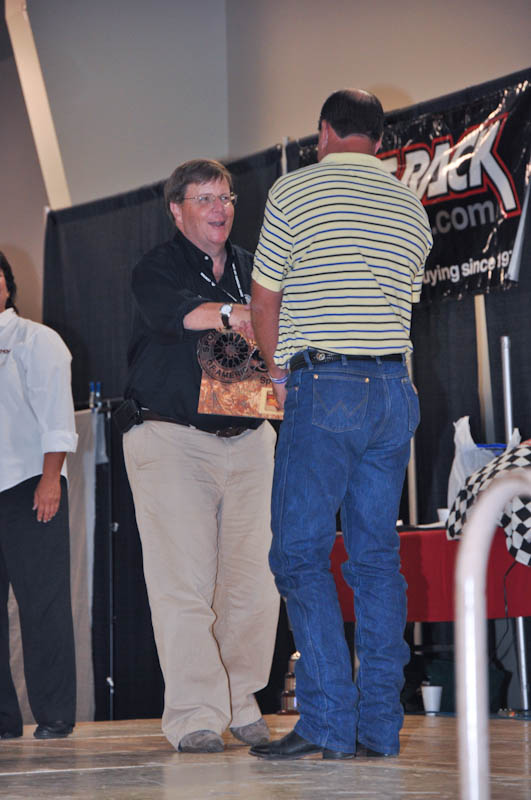 The post mortem analysis in Race-Keeper was interesting. Sadly my last run was coned, but based on the data I was almost a second faster than Todd at the halfway point, but a difference in line going into the 90degree corners and being overly conservative in the finish bus stop, made that time difference only 3 tenths by the end of the run. Follow the red “delta time” line below to see what I mean (ignore the starting time difference, couldn’t get that ironed out…). Click for a larger version of it. 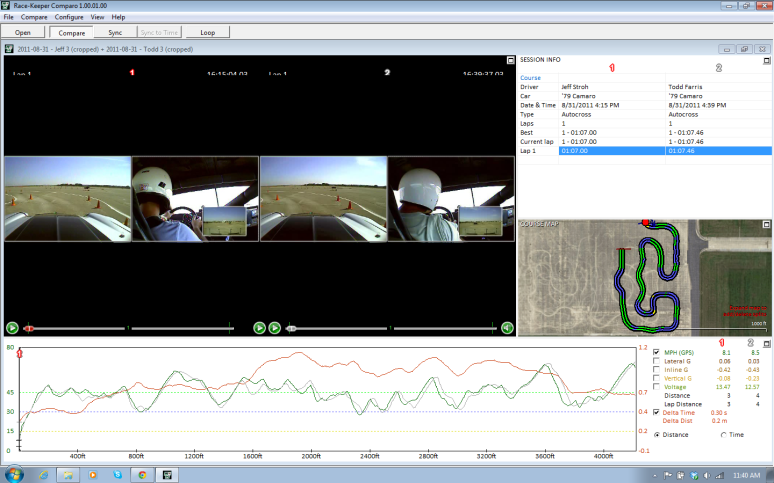 Needless to say, we’re shopping for a DAQ for next year… the 30% discount we won as part of our contingency from Solo Performance Specialists on a Race-Technology system should go a long ways towards a system!

Have to say thanks again to all of the companies and people that helped us get to where we are today. AST-Suspension USA, Goodyear Tires, Eaker Performance, Wasserman Motorsports, SPS, Think Fast Book, Simpson, the Texas A&M Sports Car Club, Spokes, Houston SCCA, and Vorshlag Motorsports. Can’t end this without thanking some people, Todd Farris, our respective wives Anna Stroh and Kari Farris, Vinod and Ven Shenoy for letting us borrow their 2 car trailer, Tye and Jacob “Rambo” Jackson for providing food for the week, Casey “Soupdaddy” Weiss and Mark Madarash for the driving tips, Sherman “Asian Jesus” Chang for the Race-Keeper, Zack Barnes for photography, Wade Zimmer for vinyl, all of the Road Trip Racing Team for the entertainment and encouragement, Alan Bartling and Tony Espinoza for keeping us honest at local events, and too many others to list here. Without all of you, this wouldn’t have happened!

We’re looking forward to next year.  With some more changes to the car, here’s to hoping to get even faster!