Wow, what a week!  Follows is the official SCCA blurb:

“A three-time bridesmaid, Todd Farris earned his first National Championship with a win on Wednesday in C Prepared. Farris turned his fastest time on Wednesday during his third and final run in his Strohs Bar & Grill Chevrolet Camaro, taking the lead from co-driver Jeff Stroh by just 0.094-second. ”

It was a hell of a battle that the results don’t fully tell (link).  We’ll go back to the beginning to retell.  Part 2, Video and Race-Keeper Data to follow later this week!

Todd and I loaded up and headed out of Bryan, TX early on Saturday morning towing a 2 car trailer (graciously loaned by the boys over at Shenoy Stone!)  Inside was our CP Camaro and Doug Willie’s 2007 Shelby GT for FS duty. 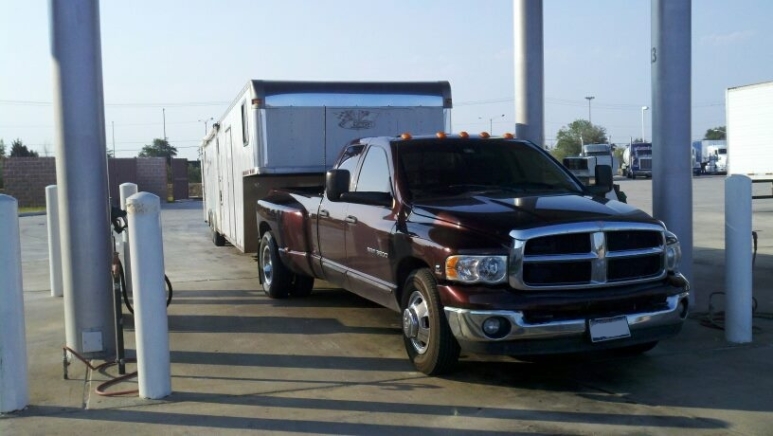 We finally got to Lincoln, rolled out the cars and went to work.  Several of us got to practicing, but Todd and I opted to not practice, hoping to avoid any last minute failures and we were already pretty happy with how the car handled at Texas A&M, so it didn’t seem necessary. 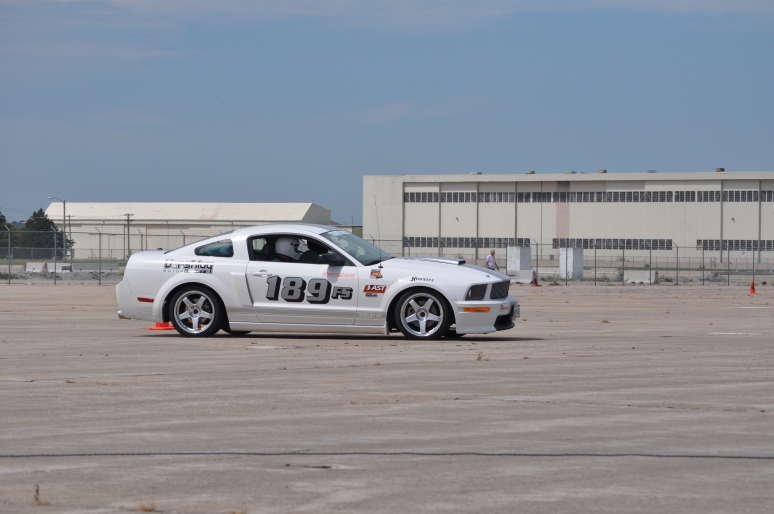 Casey “Soupdaddy” Weiss and Doug Willie out practicing in their FS Mustang.

Robert Lewis and Co-Driver Tom Shuman with the Sledgehammer Racing CP Mustang, our closest competition of the week.

Todd and I took the time to get the car stickered up and borrowed Sherman Chang’s Race-Keeper DAQ/Video system so that we could do run to run comparisons to help each other out once the competition started.

We drove Tuesday/Wednesday in the 5th Heat.  The day started out wet with early morning showers that cleared up by lunchtime.  This made for some entertaining racing in the morning heats though!

Afternoon came and we got gridded up and ready to race.

We were gridded next to Houston’s Tony Espinoza.  The Red Mustang in the background is Darrel Padberg’s.

Waiting can be the hardest part…

I went out and set the bar high, with a time that stood in 1st place until Todd came back on his second run.

Each time we came into the pits, race engineer Sherman “Asian Jesus” pulled data and showed us where we could improve.

After that it was check pressures and time for Todd to run!  I can’t say enough about all the help we had during our heat.  Prep for each run required hosing down the tires, checking pressure, and debrief with Sherman/co-driver.  The Texas group we came with, most notably the Spokes crowd and former TAMSCCer’s, really supported and helped out. 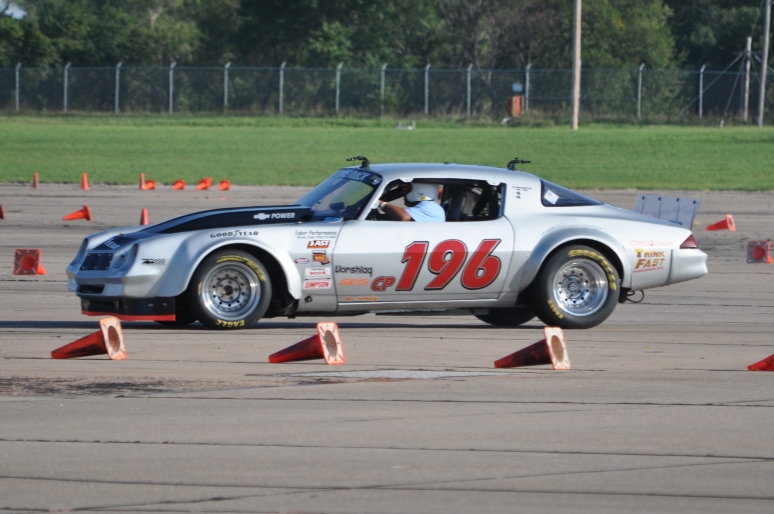 Todd and I both set our best times on second runs.  Others were right there in the hunt though…

Kurt Janish out on course. 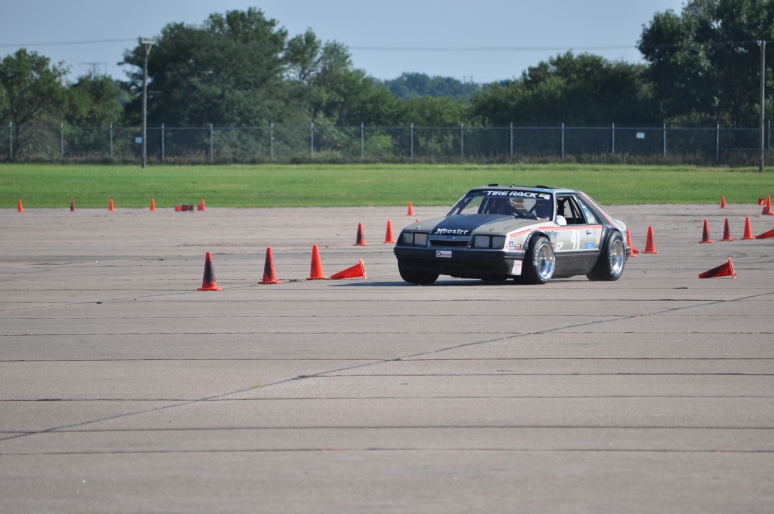 Tony’s motor broke in the finish, causing a re-run for Todd as he slid through the oil in the showcase slalom. 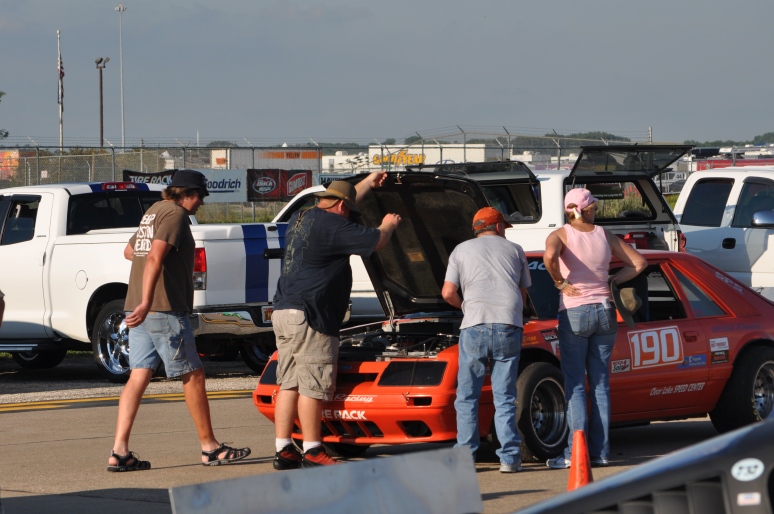 Yup, it’s broke…  crankshaft bits out of the front of the motor is never good. 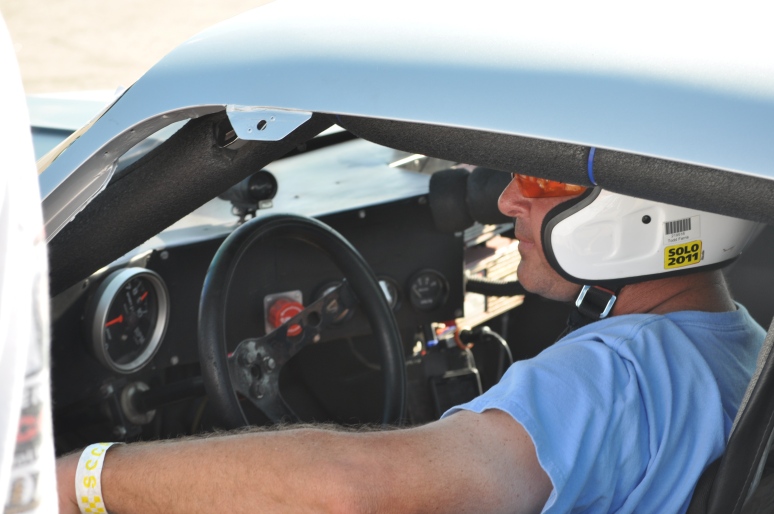 Sometimes there is a lot of waiting at autocrosses.  Todd here waiting for the oil to get cleaned off course.  The sun was setting fast, making final runs more challenging with the sun right in your eyes for various parts of the course (this is really obvious in the video which will be posted later).

Despite the setting sun, Todd was able to put down a good run, though no improvement on his second run, taking 1st on Day 1 by only 0.092 seconds over Robert Lewis.  I was 0.028 seconds behind Lewis in the 3rd spot with Kurt Janish right behind.

We packed up and got ready for Day 2 of racing!