It’s been a few weeks of radio silence since real-life has gotten in the way of racing! The past few weeks have been mostly consumed with a house move, though I was able to slip in some planning and re-work on the Camaro. Not done yet, but we’re getting closer…

Rewind a few weeks and we’re back to bent control arms. After lots of planning and 3D modeling, I had parts ordered and shipped up to Todd’s.

4130 Chromoloy tubing, new Howe balljoints to replace my Coleman monoballs (to get a little more droop travel), parts to fab our own lower control arms, and our rebuilt steering rack! 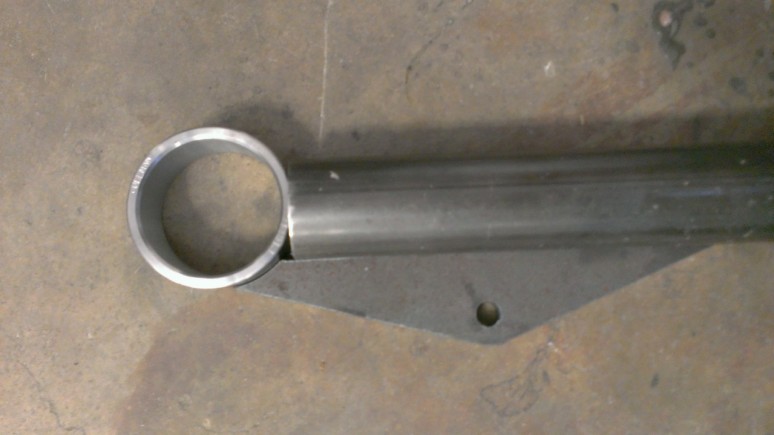 I bought chromoloy due to it’s higher strength. Even then, I still bought the thickwall stuff and larger diameter to get a little more strength out of these arms! At this point I didn’t have the right welding consumable, so just playing around with some of the pieces was all I could do. Big thanks again to the guys at G&H Manufacturing for laser-cutting some gusset plates for me!

The opposite end gets these nice threaded tube ends from McMaster.

The balljoint end is going to have to be heated and compressed to line up with the balljoint sleeve. I would be concerned doing this, but we plan to get the arms heat-treated after welding which I hope will stress-relieve everything! I may end up getting the ends cut and welding in filler plates instead, that’s TBD though. This site had a lot of good information on welding chromoloy Welding Accessories Technology. We’ll still be heat treating despite the recommendations here since the tubing we’re using is .120 wall which is the borderline for heat treating…

We got my eBay special Appleton rack back in less than a week from Appleton. Very pleased with the customer service! I found out that the rack was roughly 12 years old… It got an upgraded servo and larger power cylinder to address the high initial effort that we had run into. Really excited to try this out.

With my screwup on the track width, I had to cutoff the upper control arm mounts and relocate them. The geometry looked pretty good in the computer, but what I didn’t have in there was the shock hoops… Naturally they hit the control arms in the new position. So onto Plan B… longer upper arms! It’s only money right?

Things will be a little slow for a few weeks, but look for the Camaro to be back on the road again in May!